With the drivers to start a business being very low these days in the tech industry, there is competition (At least wannabes claiming to be a great company) in every industry.

All websites look alike and all salespeople without exception say that their company is the best-suited one to solve the buyer’s problem. No salesperson would like to leave any opportunity and will be tempted to say that they will get back to the buyer even though there might not be a straight fit.

Buyers would like to be on the safer side, stick on to their existing vendors. If they are not happy with the expertise of the existing vendors, they check with new vendors.

Companies playing the SEO game can also appear in front of your buyers within the first page and get the clicks on to a nice landing page.  They will get the initial that will make them talk to those companies along with you. As part of many company’s policies, the decision would be taken only when three vendors have been shortlisted and the proposals solicited.

[bctt tweet=”You will almost never be a single vendor. Any organization would like to have at least 3 quotes in order to be able to make a decision. #competition” username=”csbalaji”]

Let us look at how your buyers are evaluating your competition against you. We will then look at what you should do to get as much as possible towards the end.

Your buyers, in the initial phase of their evaluation, will evaluate the other vendors( your competitors) initially based on your competitor’s outreach with them. In addition, they will also search and add those vendors who they think have understood their problems.

In the later stages, they will talk to those people through an initial level of conversation. They will ask a set of questions and will decide who they should continue their discussions with. The large initial list will whittle down to a few competitors.

In the next stage, the list will come down to two or three of them. The buyers would have done some analysis on the capability of the company, people, product/solution, existing customer references, maybe a demo or a free trial, a ballpark amount of how much it would cost. This is the time when they would ask for a proposal to these shortlisted two or three competitors.

In the final stages, the buyer will have a choice of preference of vendors and would do the first choice of rejection based on the sequence. They would evaluate the best fit in terms of all the above-mentioned attributes and would put in their best efforts to select “The One” that would fit in with them the best.

[bctt tweet=”So, going into the bout with the competitor is there throughout the sales cycle and not just the last stage!!” username=”csbalaji”]

When to begin asking for competitor information?

It makes sense to begin exploring them at the second stage. We will have no clue on which competitor would have done a good outreach or which competitor the buyer would search and find.  However, the find is important when you would begin the first conversation.

Finding as much about the competitor as possible and positioning yourself as a unique vendor on the needs of the buyer will help you to get shortlisted by the buyer.

Having qualified your prospect and having unearthed the need, the next step is, if possible, identifying the competitor, or definitely the type of the competitor as a mandatory analysis.

How to get an idea on your competitor?

You may not find your competitors by asking a straight question “Who are you comparing us with” (OR) “Who else are we competing against?”

Let us begin with positioning ourselves as the best that the buyer has found. Let us get into the consultative selling method where we spend more time and effort in asking questions than in talking or selling.

Also, read the article I wrote on Consultative Selling Stages

[bctt tweet=”Get an idea about your competitor or the types of competitors as early in the sales cycle as you can.” username=”csbalaji”]

So, if you would play it well, there is a fair chance that you will know the type of competitor he is comparing you with if not the name of the competitor. This will help you to be a bit prepared on how to tackle this situation when it would eventually come to bite you.

Once you categorize your competitors into multiple buckets, you will have a good grip on how to differentiate yourselves against that specific bucket. You can build competitive positions against each type of competitors so that a logical high-level comparison can be given to the buyer.

Now, if you are able to establish a connection, the buyer gets more convinced about you. They begin asking specific questions in reference to a specific competitor. Now, they begin opening up and will give you more information about your competitor. You can then get into specifics of who the competition is and can get more information out of the prospect to help you understand what you are fighting against and can help you use the right support systems to win the deal.

[bctt tweet=”Divide your competition into buckets. Have a positioning stance against each bucket. This will help you do the generic competition comparison. The buyer will then open up the topic for specific comparison.” username=”csbalaji”]

How to compare and compete?

Obviously, no point in bad-mouthing a competitor.  Talking bad will only put your image in the eyes of the buyer. You can mow down your biggest competitor (the No. 1 in your industry) in spite of being a small company. The buyers will be open to exploring giving you the deal if they believe you or your firm can solve their problems.

The answer is in the word – Context!!!

As you would go through the consultative methodology, you can capture the buyer’s pain points as early as you can. You can then begin connecting your offerings with that context. You can disqualify them early if you find out that they have a pain point that you can’t solve.

The entire sales conversation from there on should be all about how you have solved similar pain points for others, what capabilities do you have today to solve those pain points and how you can add value to them.  The buyer then begins associating you as a domain expert or as a Thought Leader. There is a fair chance that your competitors may not be doing something similar. You can also get a good sense of it based on the way your buyer treats you.

Finding out the needs, Mapping the needs with your offering and articulating the business benefits helps you

So, Finding out the pain points as early as you can, connecting the pain point with your capability and showing the benefits the buyer will get after they adopt your solution are the ways you can win over large competitors also.

Do Share this in your preferred social media channels if you found this article useful..

Also, Subscribe to this channel to receive constant updates on B2B Sales tips and techniques.

Post Views: 53 What is Needs Analysis? As a salesperson, we always take pride in giving solutions. However, many times, we have looked at giving solutions from one way – our way. This is because we are under immense pressure to sell. In those situations, we also make a lot of assumptions. We catch a few words… 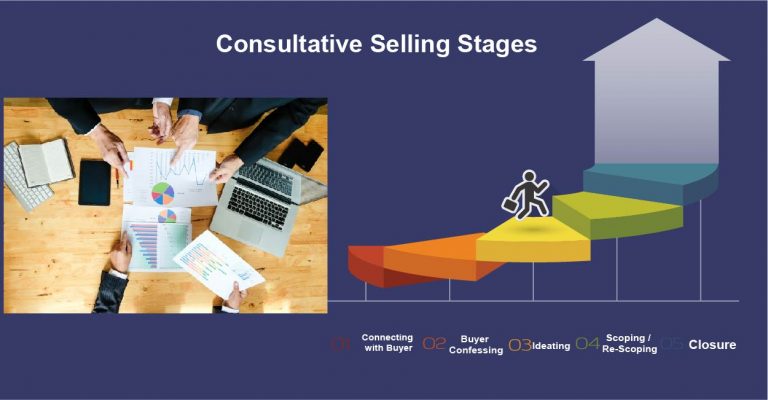